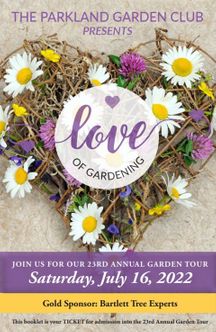 An annual event, the club’s garden tour embraces a new theme each year and showcases a variety of local gardens.

This tour is the primary fundraising activity for the club.

Two club members are stationed at each garden during the tour to sell and stamp tour books.

Take a moment to enjoy this video of the beautiful gardens that were a part of the Parkland Garden Club "Love of Gardening" Tour held on July 16, 2022. The video was created by Brenda Aubert showcasing the wonderful photos taken at the event. 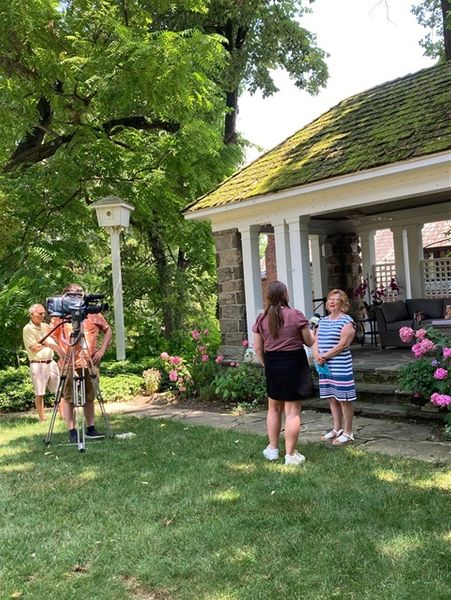 We were blessed with a beautiful day to have our tour. The weather was not too hot and no rain. The turnout was over 300 which was the best ever. The feedback I received from people was all positive. They said how friendly and nice everyone was on the tour. Not only did people like the gardens on the tour but the homes that were on the tour as well. As I was reflecting about each garden on the tour, I realized that each gardener did their own work; none were professionally done.

There were surprises at different houses. Steve Adams graciously opened his home on the day of the tour and his brother brought his 1929 Ford Model A.

Janice Boehm makes special cages to discourage the rabbits in her yard and decorates them with a jewel on top. She gave one away to some lucky person.

Dr. Amy Gourniak and her husband completed their catio patio and had six cats enjoying their new home on the day of the tour.

Sue and John Drabic’s home is the home of the future with showing the green techniques of planting pollinators and native plants in your garden, collecting rainwater, composting, and using solar panels. The Held garden surprised everyone with its collection of antiques incorporated into their garden.

At the Choma’s garden our silent auction was the best ever.

The Short’s garden was the highlight of the tour with its Williamsburg features, pool, and plants used to decorate their two acre property. 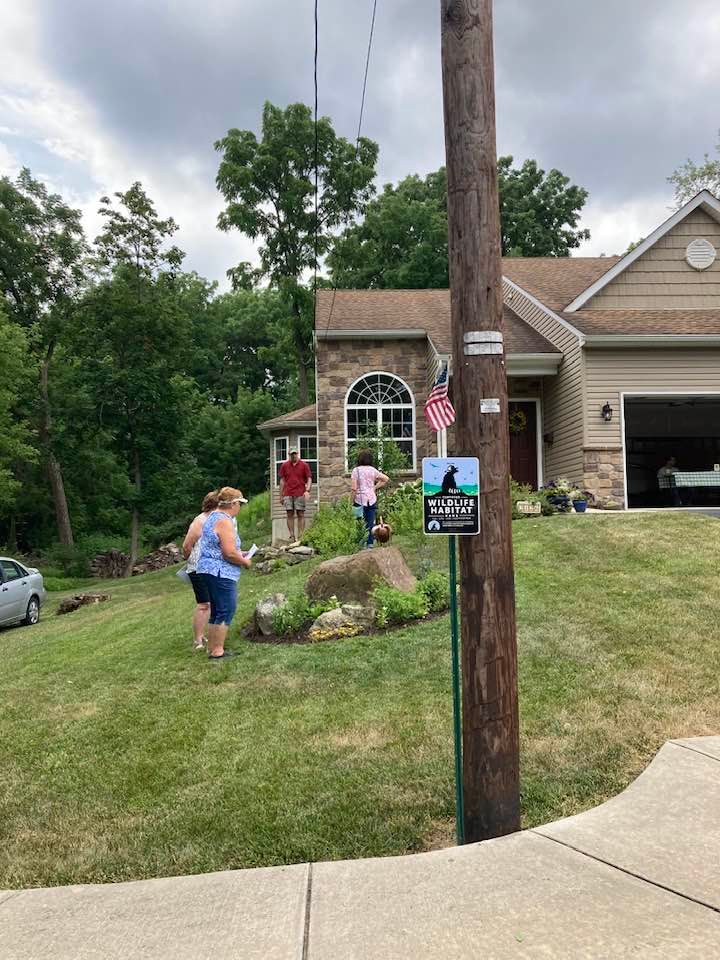 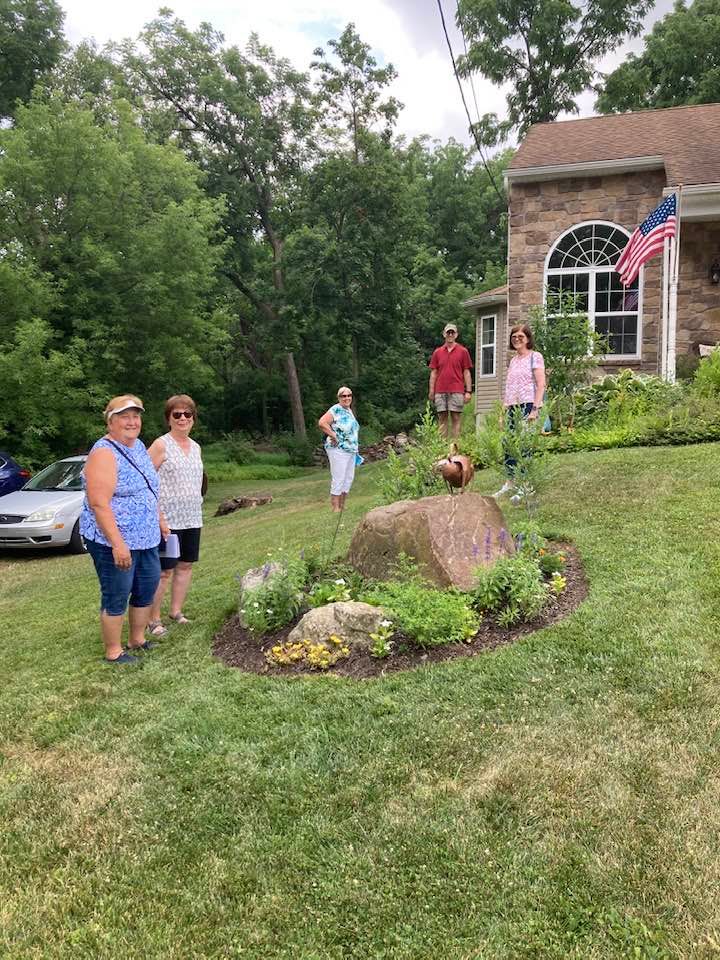