Parkland Garden Club members donate trees in honor of loved ones or special events, with the benefit to their families, all visitors to the Lehigh Valley Zoo, plus the beautification of lands provided by the historic Trexler Trust. 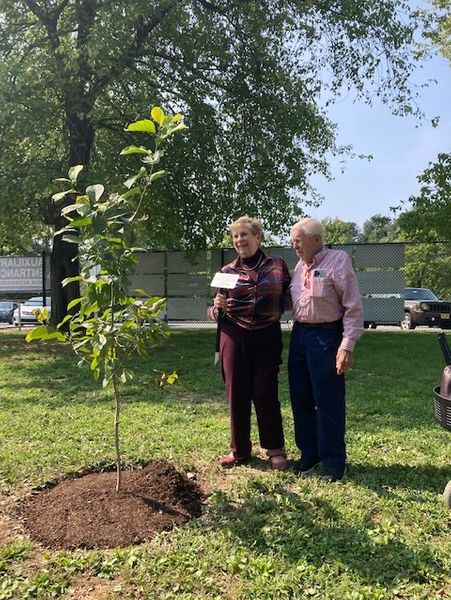 The program was begun in 1980 under the direction of past-president Bernadette Marushak who was remembered with a magnolia tree planting this year.

This was also a milestone year for the Lehigh Valley Zoo groundskeeper, Scott Fenstermaker, as it was a celebration of his 40th year working the plantings of trees, shrubs, bushes and grasses provided by the garden club into the overall zoo landscape. Mr. Fenstermaker has kept a numbered record of each planting with location and variety.

As of this year, the Parkland Garden Club has now reached 343 donated specimens.

In 2008 Scott Fenstermaker also worked with several garden club members to design and install a native medicine wheel garden at the zoo which is still thriving today and signifies the circle of life through which we all pass, changing with each season. The President and CEO of Lehigh Valley Zoological Society, Amanda Shurr, and many staff members came to honor Scott during our ceremony. They joined club members in recognizing his many contributions to the zoo landscape with these living tributes that enhance the natural experience of so many people, young and old, who come to visit the zoo.

During the ceremony the

plantings are donated in remembrance or to honor someone.

Two plantings were done this year as two Parkland Garden Club members were honored with Garden Club Federation of PA state level awards. Only one accomplished person per year is recognized for each of these special awards. These are cumulative awards and two of our members received an individual award for outstanding ability and service.

An Eastern Redbud was planted in honor of Barbara Campbell, recipient of the Perennial Bloom Award 2021-22.

A Purple Magnolia was planted in honor of Sue Weber, recipient of the Community Action Award 2021-22.

Trees are also planted in celebration. 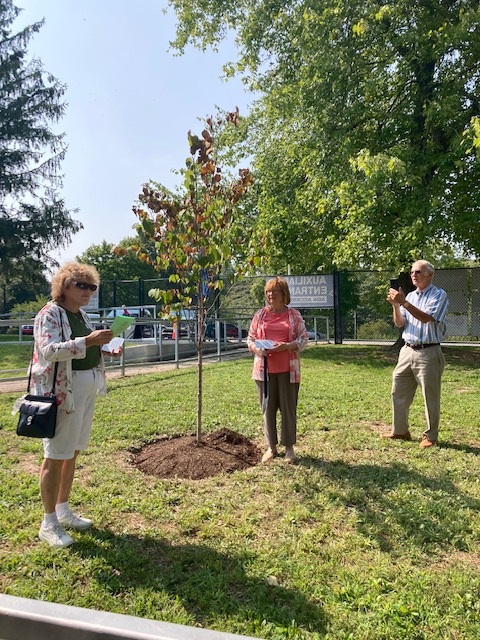 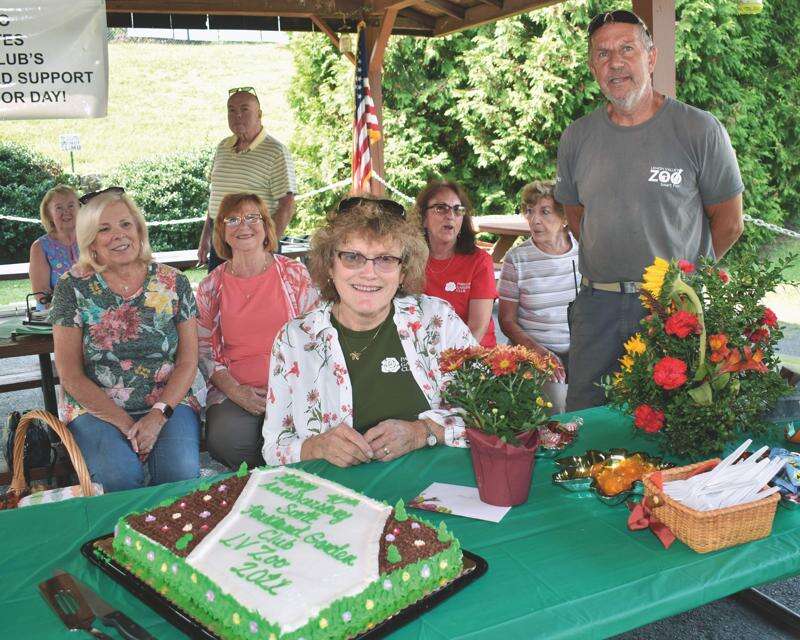 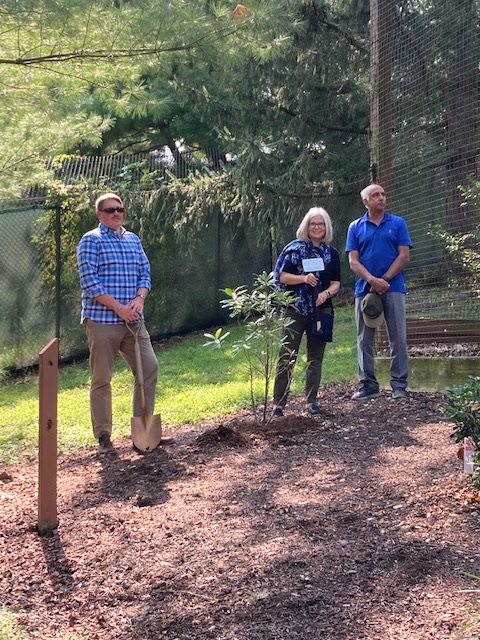 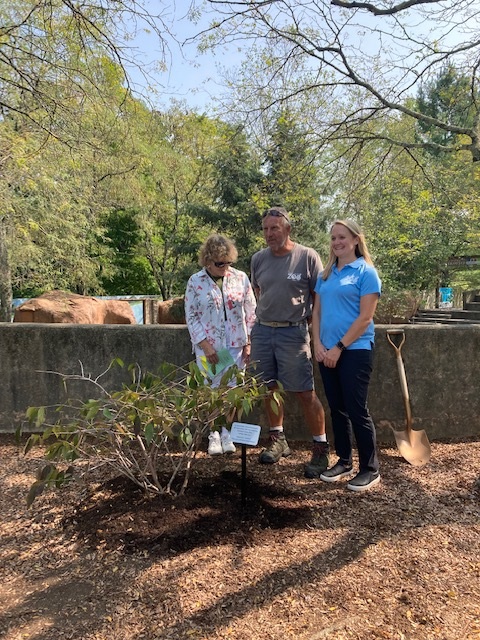 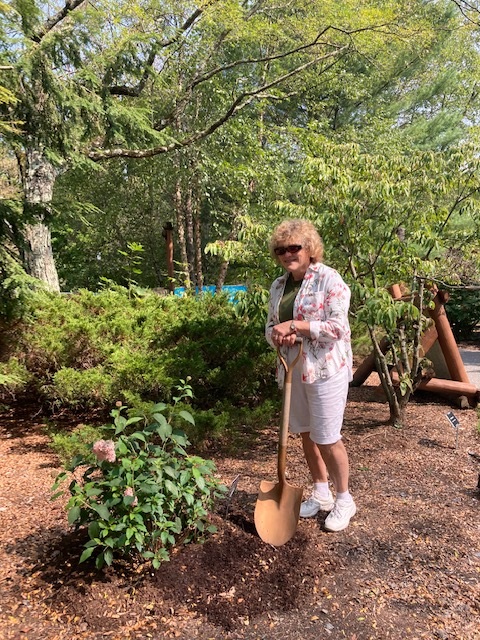 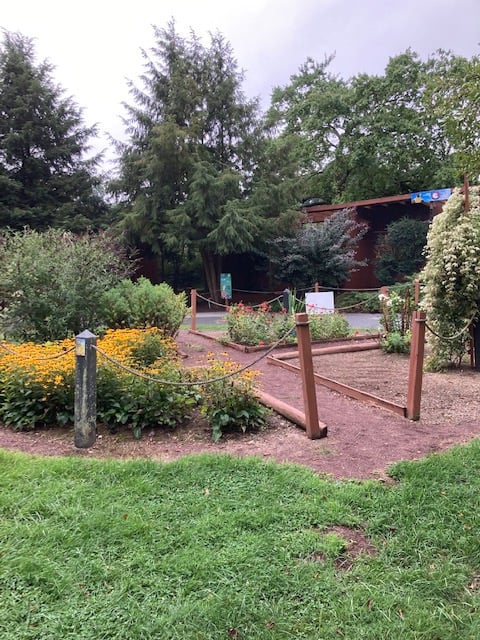 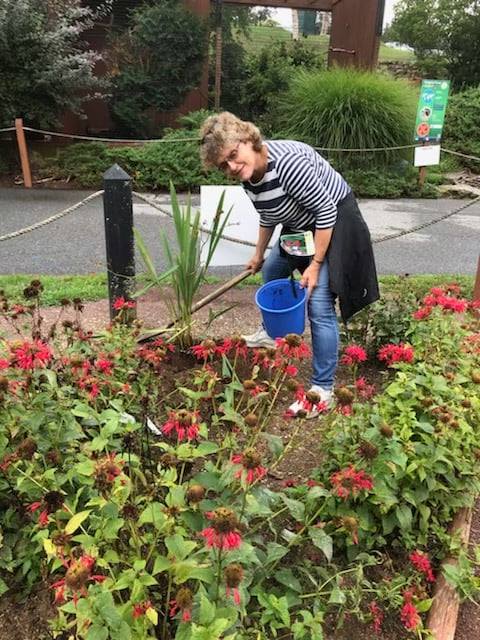 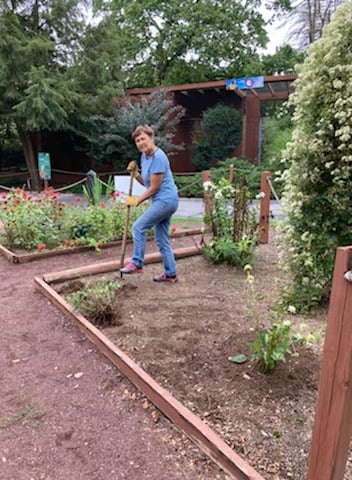 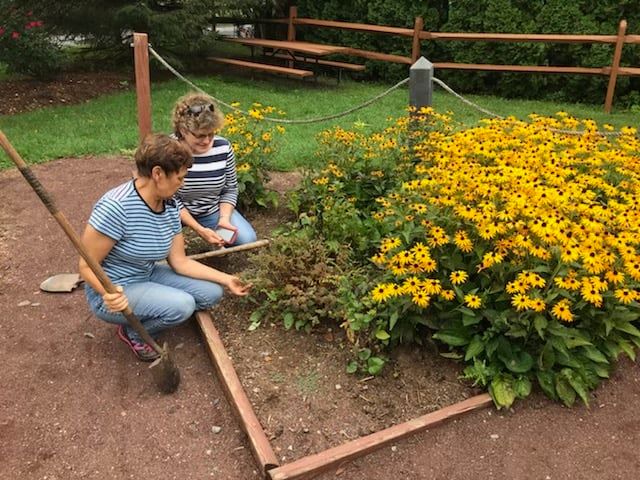